We have been hearing quite a bit about the new Google TV enabled HDTVs from Sony over the last few weeks, Sony has now officially unveiled their range of Google TV HDTVs.

As we reported earlier there are four mdels in the range, in various sizes which include, 24 inches, 32 inches, 40 inches and 46 inches, and they come with a range of Google TV services, as well as that Sony remote we saw recently. 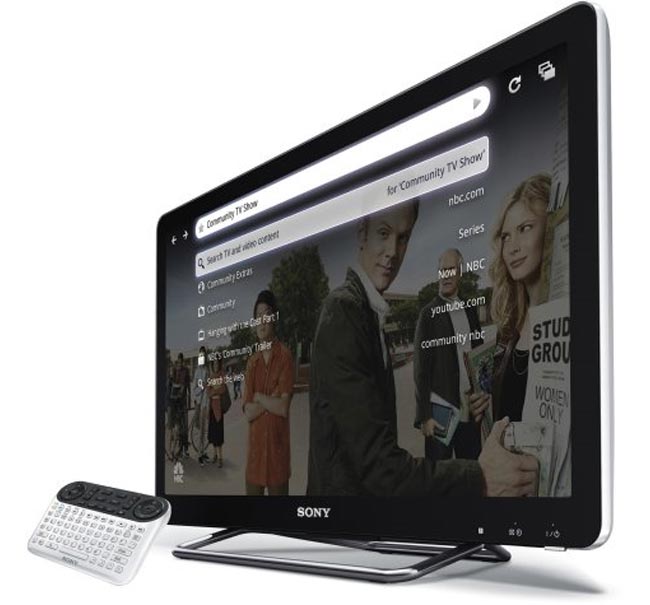 The Sony Google HDTVs feature WiFi, plus Full HD in 1080p, and they also have backlit LED panels. With regards to the Google TV Software there is a dual mode which allows you to watch TV and also use Google TV applications like Twitter at the same time.

On top of that there are a range of Google TV streaming apps installed which include, YouTube, CNBC, NBA, as well as Napster and Pandora.

Pricing wise they are cheaper than we had previously reported with the 24 inch model retailing for $599 whilst the top end 46 inch model will retail for $1,399.

The new range of Sony Google TV HDTVs will be available from October the 24th in Sony Style retail stores and also in Best Buy.