Users of Apple’s iPhone, iPad and iPod Touch have been waiting for quite some time for Google to release an official Gmail app for iOS devices, yesterday Google released their Gmail app for iOS.

The app was available to download from the iTunes app store for a few hours, but many users reported problems with the App, the main problem being push notifications and other bugs, and it looks like Google has now pulled the app from the app store. 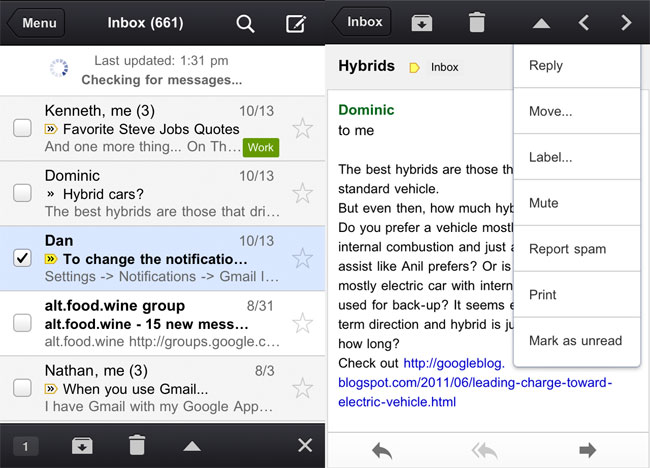 We didnt even get a chance to try the app out, as by the time we started this morning it had already been released and then pulled from the app store, but many users have reported problems.

Earlier today we launched a new Gmail app for iOS. Unfortunately, it contained a bug which broke notifications and caused users to see an error message when first opening the app. We’ve removed the app while we correct the problem, and we’re working to bring you a new version soon. Everyone who’s already installed the app can continue to use it.

Lets hope that Google gets the bugs in the Gmail app fixed and it returns to the app store soon, we hope we wont have to wait very long before it is released again.