We have already seen a number of leaked screenshots of Android 4.4 Kit Kat, and now we have some photos of the new Google Play Store 4.4 which will be launched with Android 4.4.

The current version of the Google Play Store is 4.3.11, and the Play Store 4.4 will come with come new features, which include a slide out style navigation, have a look at the photos below. 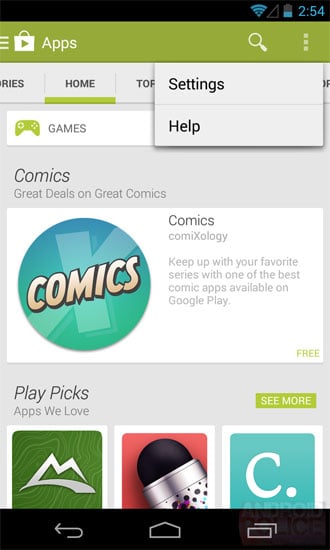 The new slide out navigation will come with a new range of tabs, which include store home, my apps, my movies etc, my wishlist and redeem.

According to the guys over at Android Police, who posted the screenshots, this is still a work in progress and it may change slightly before the Google Play Store 4.4 is released.

Google are expected to release the next version of the Google Play Store at the same time as Android 4.4 Kit Kat, this is rumored to launch with the Google Nexus 5 at the end of the month. 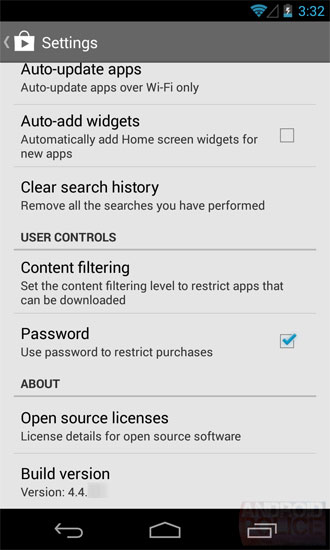 So far we have heard that Google will launch the Google Nexus 5 on either the 3oth or 31st of October, the handset is rumored to be made official either this Friday the 18th of October or on the 28th of October.

As soon as we get some more information on exactly when Android 4.4 Kit Kat and the new Google Nexus 5 will be released, we will let you guys know.