Following on from yesterdays discovery of Google Play Gift codes and Wish Lists, within the code of Google’s new Google Play app for Android devices.

The Android Central website have now been able to take photographs of what seems to be official Google Play gift cards, which have been designed to be sold in retail stores, alongside iTunes and Barnes & Noble gift cards. 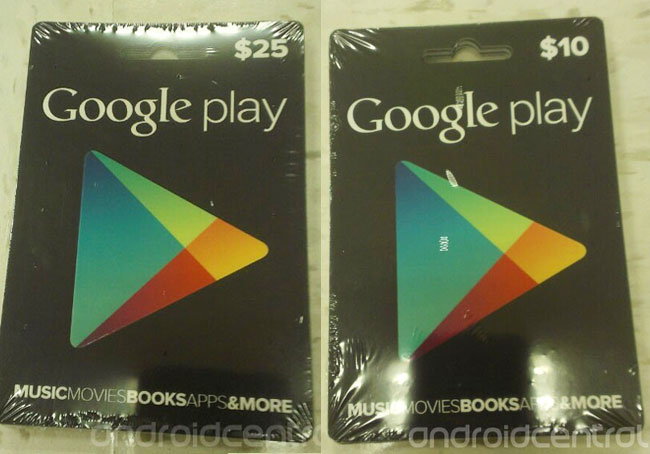 The photographed Google Play gift cards reveal that they will be available in denominations of $10 and $25, but its still unknown as to whether other values will also be made available.

Unfortunately no information on launch dates or worldwide availability has been released as yet by Google, but as soon as information comes to light we will keep you updated as always.