Its has been reported by a number of Google Glass Explorers, that they have received UPS emails stating that a mysterious package will be delivered to them this week from Google X.

Google Glass Explorers, are the first round of public users that won the Google competition and paid out $1,500 for their Google Glass. 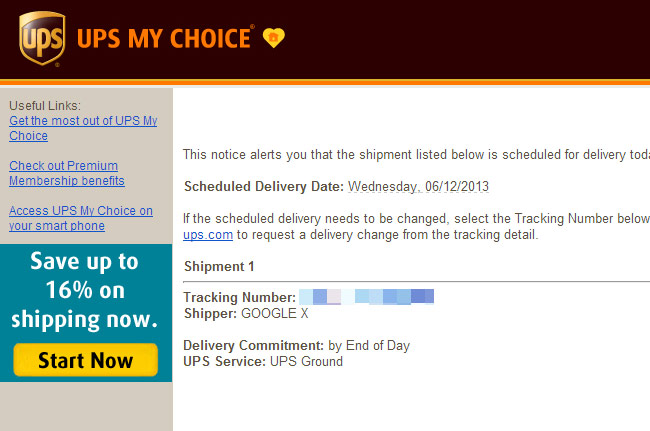 No indication of size or weight of the mysterious package has been revealed by the UPS shipping notification, but its thought they weigh around a 1lb in weight reports say.

Google has stayed very quite about the news but as more information comes to light and the first packages fro Google X begin to land with Google Glass Explorers we will reveal all.