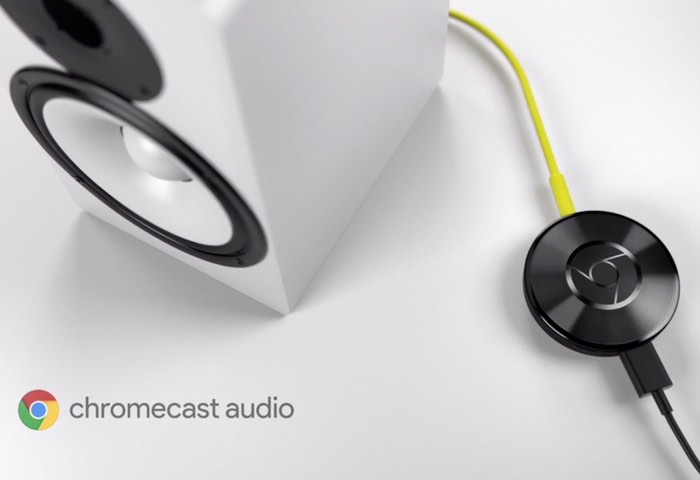 Google has today released a new update to their recently launched Chromecast Audio hardware which was officially rolled out a couple of months ago.

To re-cap the Google Chromecast Audio adapter, it has been created to provide users with an easy way to stream music directly from your smartphone, tablet or computer system using your existing speakers and music system.

Priced at $35 the Chromecast Audio hardware provides an affordable way to connect your older speakers to your wireless network allowing you to enjoy popular apps such as Spotify, Pandora, and Google Play Music from any location within your home. This week Google has rolled out two major new features to enhance your listening even further.

Introducing Hi-Res audio support :Close your eyes and imagine the musician is playing in the room. Today we’re rolling out high-resolution audio support, which gives you even higher quality music playback using Chromecast Audio. With support of up to 96KHz/24bit lossless audio playback, you can enjoy higher-than-CD-quality audio on your existing high fidelity audio equipment.

Setup is simple. Connect and setup a Chromecast Audio device for each of your speakers, then use the latest Chromecast app to create a group. You can cast to the group the exact same way you would cast to a single Chromecast device. Since anyone with a phone can easily cast without pairing, you can sync your home speakers together and invite your friends to be the DJ.

For more information on the Google Chromecast Audio hardware jump over to the official Google website located here.