As well as their update to their iOS Search application Google has also today rolled out a new updated for its Android Reader app. Bring Honeycomb support to the application together with a number of visual improvements.

The new Honeycomb support within Google Android Reader app provides a similar look to its desktop version within two viewing panes. Together with a streamlined interface and easy to use navigation and sharing controls positioned in the top right of the screen. 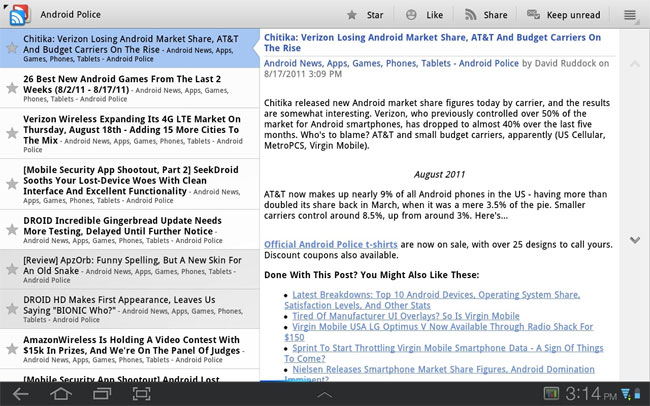 Its looks and feel of Google’s Reader app on Android smartphones has also improved bringin it more inline with other device version with a slicker interface design and easier navigation. Also note the “Mark Previous as Read” button has now moved into the context menu; simply press and hold on an item to use this feature.

If you haven’t already downloaded it Google Reader for Android is free from the Android Market now.