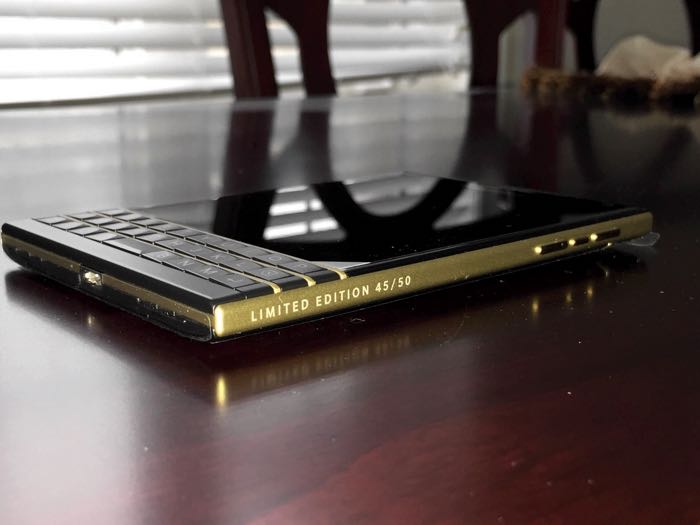 BlackBerry recently launched a new limited edition gold BlackBerry Passport smartphone, the handset was available for $899 and it is now sold out.

BlackBerry released 50 units of their Gold BlackBerry Passport device, and now these limited edition handsets have turned up on eBay.

You are bidding on a LIMITED EDITION, Black and Gold, BRAND NEW, BlackBerry Passport. Only 50 of these were produced worldwide! It comes with the original packaging and all accessories. You will also get the bundled Valextra Black Leather Case that BlackBerry shipped with this rare model. The box was only opened to ensure the phone is operational and free of defects, no SIM card was ever inserted nor was this phone ever used. It is the “45/50” unit! I will also include the invoice BlackBerry sent me for warranty purposes.

This gold version of the BlackBerry Passport is being sold on eBay with a starting bid of $4,000 which is four times the handsets original price, you can find out more details at the link below.