The guys over at Android Police have got their hands on a new version of Google’s Gmail app for Android, the new Gmail app is thought to be for Android 4.2 and may have come from a system dump of Google’s next Nexus smartphone, the LG Nexus 4.

The video below gives us a brief look at the new Gmail app for Android 4.2, and some of the new features include pinch to zoom and also a new swipe feature for email, have a look at the video below. 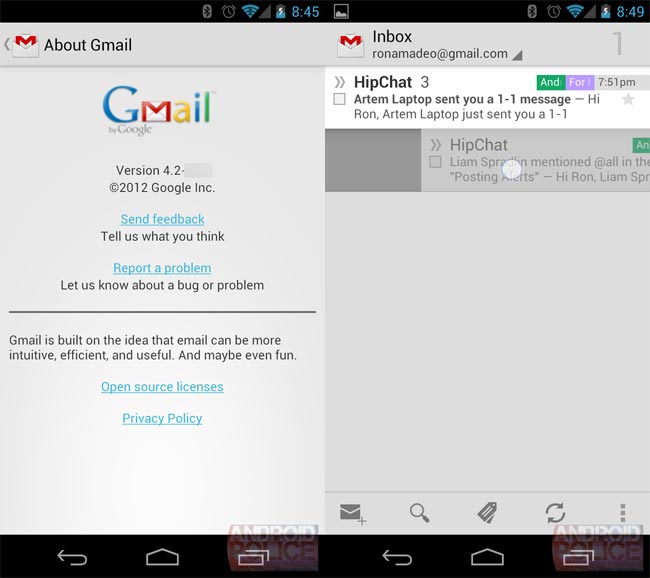