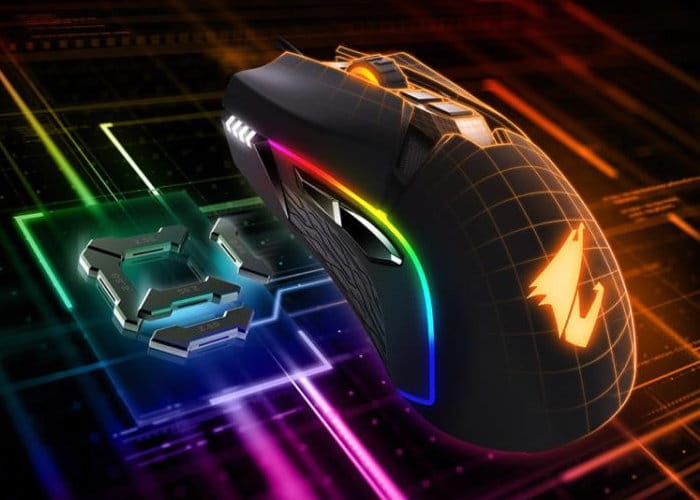 After being unveiled earlier this year during Computex 2018 Gigabyte have today announced the release of their new Gigabyte Aorus M5 RGB gaming mouse which is equipped with an enthusiast-grade 16000 dpi optical sensor (Pixart 3389), capable of 400 ips and 50G acceleration. Providing “ultimate accuracy for competitive gaming” says Gigabyte.

The DPI can be adjusted in 50 dpi increments allowing gamers to fine tune the setting to facilitate the transition from an older mouse and enhance their accuracy even further. Using the customisable and removable weight system the mouse can weigh between 118g to 130.5g. “The revolutionary weight distribution system allows users to adjust the balance and find the optimal mouse weight for maximum control and flexibility.” 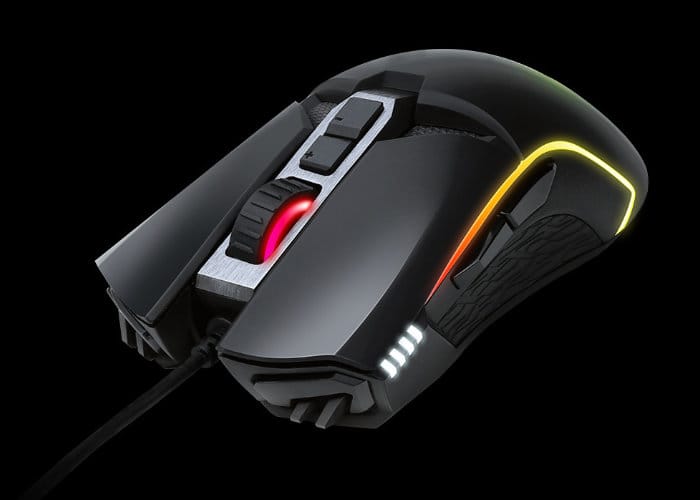 Equipped with Japanese Omron switches on both buttons the Gigabyte Aorus M5 RGB gaming mouse provides players with crisp, tactile response and are guarantee for over 50 million clicks.

“AORUS M5 boasts an enthusiast-grade 16000 dpi optical sensor (Pixart 3389), capable of 400 ips and 50G acceleration, that gives you the ultimate accuracy for competitive gaming. Using AORUS Engine software, users are able to customize lighting with up to 16.7 million colors and numerous patterns to match their personal style and gaming setup. The lighting can be synchronized with AORUS RGB Fusion products.”

For more details and purchasing options jump over to the official Gigabyte website via the link below.