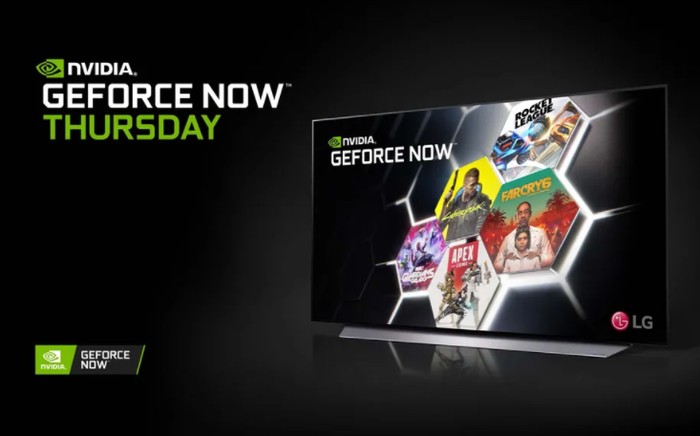 Gamers who own LG TVs might be interested to know that this month NVIDIA and LG have made available the GeForce Now game streaming service for selected TVs. As you might already know the GeForce Now service has been under beta testing for some time and has now moved out of beta into a full release and is now available to download from the LG app store.

GeForce Now compatible LG TVs currently support 2021 models and later running webOS 6.0. For a full list of all compatible models and to check your serial number jump over to the official LG support site. But don’t forget streaming games using GeForce NOW will still require you to have a membership, you can create an account via Steam, Epic Games Store, Ubisoft Connect, or Origin.

“Gamers can play PC titles they already own or they can purchase new games from popular digital stores like Steam, Epic Games Store, Ubisoft Connect, and Origin. Access 800+ games, with more released every GFN Thursday. The catalog also features many of the world’s most-played games, including 35+ free-to-play titles, like Fortnite, Apex Legends, Destiny 2 and more. Play with and against millions of other PC players at up to 1080p 60 FPS, and never wait for downloads, installs, patches or updates.”