We have featured some of the interesting watches produce by Swiss watchmaker Romain Jermoe on the site previously, like the Moon Dust watch, which contained actual moon dust, his latest creation is called ‘The Truth About Roswell’ watch.

Romain Jermoe’s latest timepiece is a special edition of the Moon Dust DNA watch and there are only 9 being made, as usual it features actual moon dust, which is used in the watch face, the bezel is made from carbon fibre and titanium and steel fragments from the Apollo XI spacecraft. 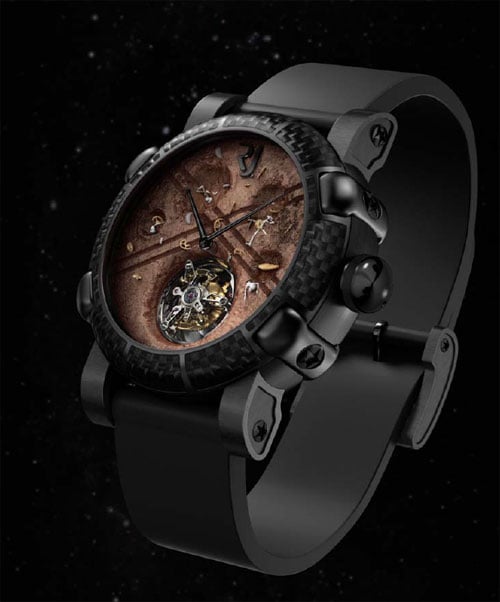 Unfortunately there is no word on pricing, but I suspect this one is going to cost a fair bit more than other models in the Moon Dust DNA series, where prices start at $15,000.