I bet there isn’t anyone out there who hasn’t seen and used a View-Master before. I remember how cool it was when I was a kid when the 3D View-Master came out. A geek has hacked up a View-Master DIY style with some modern LCD innards.

The guy took the toy and opened it up to insert a couple LCDs behind the lenses. The little LCDs came from a pair of cheap Colby LCD picture frame key chains. Once the LCDs were inside, he constructed some sort of mechanism to advance the photos. 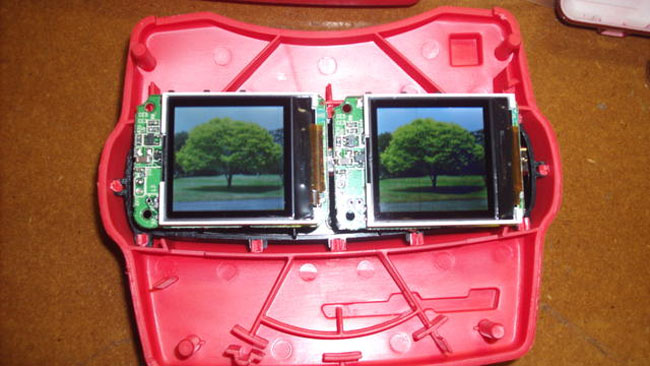 When the lever that originally rotated the image disc is pressed the LCDs change the photo they are showing. Apparently, the dual LCDs do a passable job of creating stereoscopic 3D effects too. This is a very cool DIY job indeed.