Building a replica gun from a computer game is hard enough in itself, without building it using just paper alone. However Gears Of War fan Leo Firebrand has used his paper crafting skills to create a replica of a pistol from the Gears Of War game.

The Gears Of War pistol is not the first paper craft creation Leo has constructed, and follows on from his earlier creation. Which was a laser pistol from the popular Fallout 3 game. 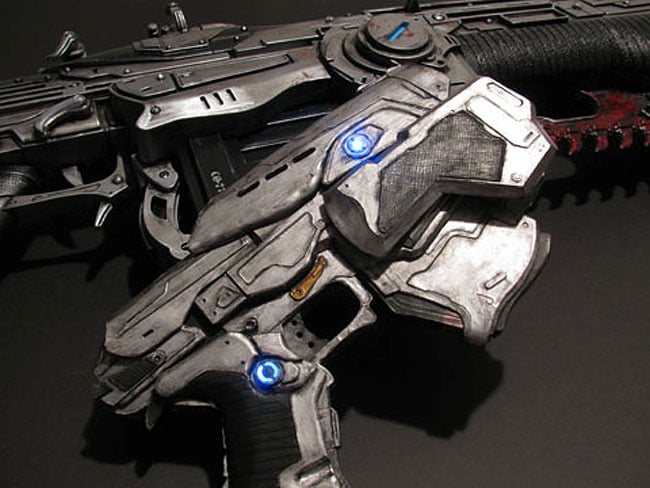 However this new Gears Of War paper craft pistol shows that his paper crafting skills have now increased to a new level, and incorporates LEDs into the gun to create a more realistic finish. Leo Firebrand explains:

“I have been a fan of Epic Game’s Gears of War franchise and always wanted to build the Snub pistol. I have waited for a while because I wanted to perfect my skills more and I wanted to integrate LED’s. I have been starting to work more and more with LEDs and felt confident I could finally do the gun justice.”

For more photos of this fantastic creation and a detailed making of portfolio of photographs, showing how Leo went about making the Gears of War pistol entirely out of paper, jump over to his personal blog here.