Fans of the Game of Thrones TV series and books, will be interested to learn that the new board game has now been reviewed by Kirk Hamilton from the gaming website Kotaku. The Game of Thrones board game was launched late last year and allows three to six players to control a House vying for domination over the fantasy land of Westeros.

The Game of Thrones board game includes a number of features which make it perfect if you fancy a mix of diplomacy, deception and war. Watch the brief trailer after the jump to see it in action. 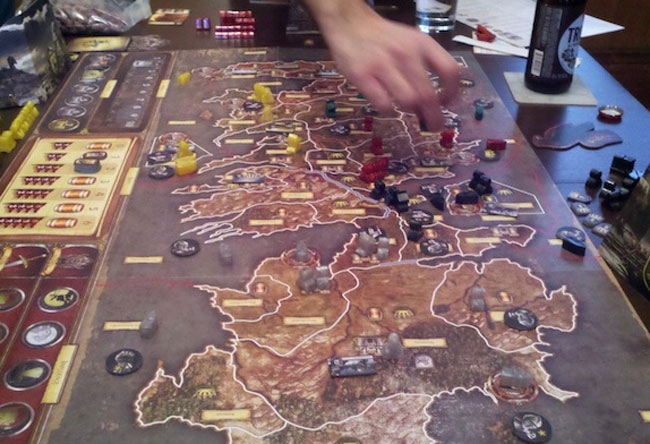 “The game is part war-game (units do battle on a map) and part diplomacy (in fact, one of my fellow players was telling me it’s actually somewhat based on the board game Diplomacy). The goal is to win the Iron Throne and take over the kingdom. This can either be accomplished by sitting on the throne at the end of the game’s ten rounds or by taking over seven castles on the map, which immediately ends the game. Units advance and defend across the board, doing damage based on a points-system.”

You can read the full reviews over at Kotaku, as well as other reviews at Shut Up & Sit Down, and Boardgamegeek.