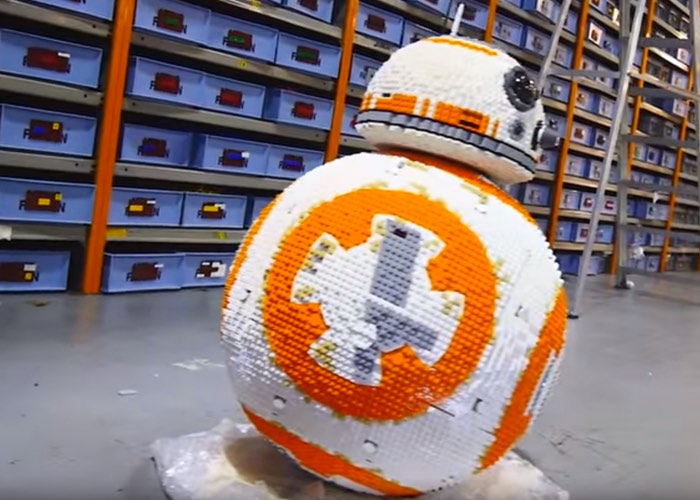 Lego master builders that are looking for a project to keep them busy over a wet weekend might be interested in this awesome full-size Star Wars BB-8 robot that has been created using Lego bricks.

The Lego BB-8 robot was created by the team over at Bright Bricks for the UK premiere launch of the latest Star Wars movie which was released late last year on December 17th in the form of Star Wars The Force Awakens.

Check out the awesome time-lapse video which has been created by Bright Bricks to show how BB-8 Star Wars robot was created using a variety of different Lego bricks glued together.

Built by the team at Bright Bricks for the Star Was Force Awakens UK Premiere, Its LEGO BB-8! We are required by law to use steel and mek adhesive for any of our models which are going on public display for health and safety reasons.

BB-8 is a robot character in the Star Wars franchise, first appearing in the 2015 film Star Wars: The Force Awakens. Spherical with a free-moving domed head, BB-8 is portrayed by both a rod puppet and a remote-controlled robotic unit.

For more info and pictures of our other models visit the Bright Bricks website via the link below.