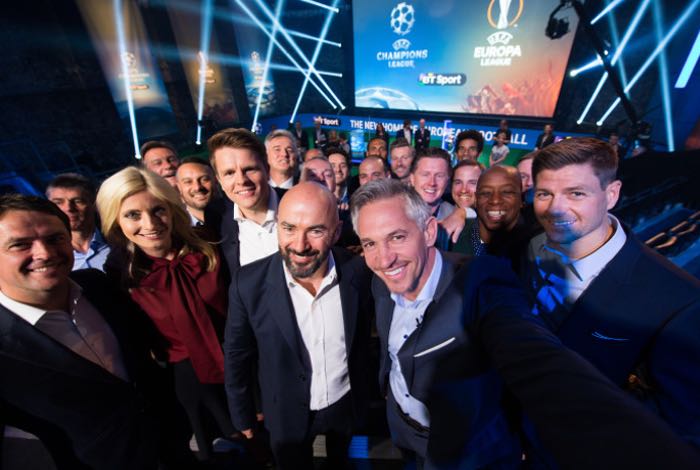 As well as announcing their new BT 4K Ultra HD set-top box this week, BT have also unveiled the pricing to view its UEFA Champions League and UEFA Europa League coverage, which will now be free via BT TV.

BT has revealed today that football fans can watch all 351 matches from the UEFA Champions League and Europa League next season for free if they are BT TV customers.
Although BT Broadband customers who would rather watch the games via their Sky box, the BT Sport App or on BT Mobile will be able to add the BT Sport Pack for just £5 a month. The new BT Sport Europe channel will launch on August 1st 2015 as the new home of top European football providing coverage of the UEFA Champions League and UEFA Europa League, BT explains more :

“Gary Lineker, Jake Humphrey and Rio Ferdinand will front the live UEFA Champions League coverage. They will join the BT Sport team which includes Paul Scholes, Michael Owen, Steve McManaman and Owen Hargreaves, as well as new signings Steven Gerrard, Harry Redknapp, Glenn Hoddle and Howard Webb.The channel will also broadcast a new ‘Goals’ show, presented by James Richardson, where viewers can tune in on Champions League nights to enjoy all of the news and action across all eight games as it happens.

Keeping its promise to make televised sport more accessible to more people, BT will give its broadband customers the option of receiving BT Sport 1 for free for a third season. This channel will show all 38 live Barclays Premier League matches as well as the Aviva Premiership and SPFL.”

Read todays press release for more information via the link below.