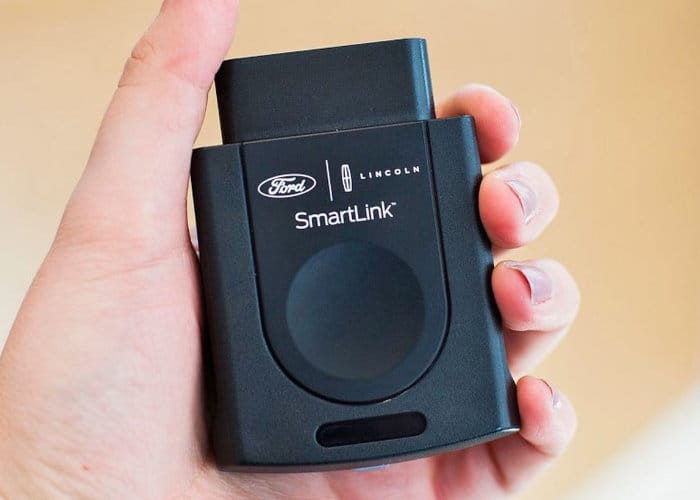 After first being unveiled more than 12 months ago by Ford it seems the car manufacturer has now completed all its test trials will soon be launching the new FordPass SmartLink dongle in mid 2018. Designed to connect to the OBD port on your vehicle the FordPass SmartLink is capable of adding an LTE hotspot and providing older cars with new smart features.

Installing the FordPass SmartLink into 2010 to 2017 Ford cars adds a LTE hotspot, as well as providing the driver with access to plenty of new data about the vehicle’s health. Once connected to the OBD port the FordPass SmartLink enables the car to be tracked and makes it possible for owners to lock and unlock their vehicle using the companion smartphone application.

The FordPass SmartLink will soon be widely available from Ford dealerships during “mid-2018” offering subscription plans from $17 per month, although this price does not include data from the LTE hotspot provided by Verizon. However Ford has announced that SmartLink customers will receive one month or up to 1GB of data for free, whichever comes first. After which customers will need to subscribe to a Verizon data plan to continue to be able to connect using the LTE hotspot feature.