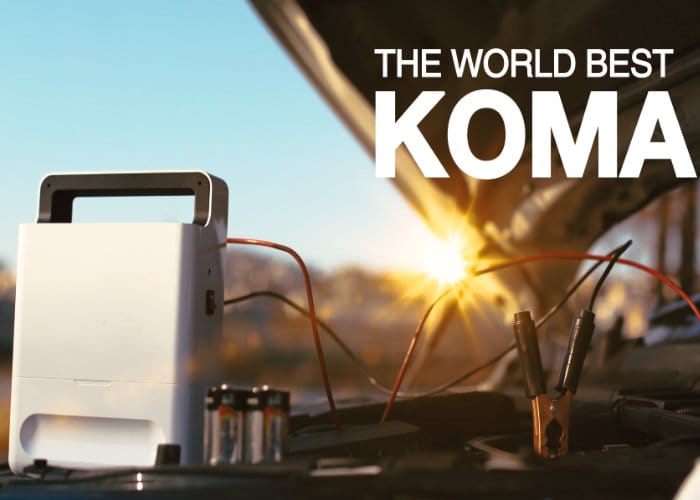 Gagyo Tech based in Los Angeles has created a new portable battery powered vehicle jump starter, called the KOMA, powerful enough to start any car or truck and apparently even small ships under 25 tons. The KOMA is the only vehicle jump starter equipped with a Joule Thief voltage booster, says its creators. Watch the demonstration video below to learn more about the unique feature and the construction of the KOMA.

KOMA has this month launched via Kickstarter and is aiming to raise $30,000 during its campaign to make the jump into manufacture. KOMA is the only jump starter that can be charged instantly using 8 x D-type batteries and is equipped with the patented voltage booster circuit. The KOMA battery pack has been designed to maximises battery power and start any automobile from convertibles to trailer trucks explains Gagyo.

The battery packs core technology is the Joule Thief a voltage booster circuit, a power generation system re-imagined from the lead-acid and lithium-ion jump starters currently available. The Joule Thief takes a steady low voltage signal and converts it into a series of high frequency pulses at a higher voltage. KOMA starts at a steady 200A and maximises charge in the vehicle battery far beyond when other circuits consider the battery dead.

Full specification and more information as well as a full list of pledges which start from $50 or £36 for the KOMA Jr. jump over to the official Kickstarter campaign page by following the link below. If all goes well worldwide shipping is expected to take place during September 2018.