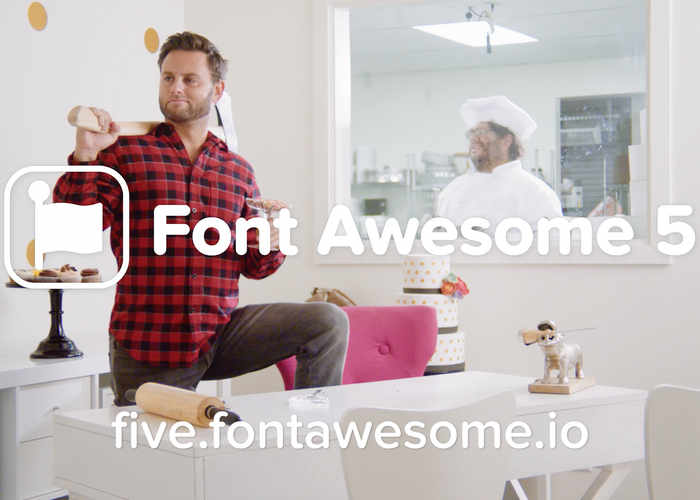 Website owners looking for an easy way to add vector icons and social logos to your website might be interested in a new piece of software called Font Awesome 5 which has already raised over $760,000 thanks to over 26,000 backers via Kickstarter.

Font Awesome 5Provides more than 1000 icons and SVG framework and is available in in a pro version. Watch the promotional video below to learn more about this new piece of software which has been created by Dave Gandy.

The reception for the Font Awesome 5 Kickstarter has been greater than we ever expected. As a thank you to everyone, we’re extending all early backer rewards for the remainder of the Kickstarter! Seriously, thank you. You all are Awesome. Font Awesome makes it easy to add vector icons and social logos to your website. And Pro gives 1,000+ more icons and SVG framework!

There are 6 days left on the campaign and plenty of stretch goals have been reached. For more information on the new Font Awesome 5 software jump over to the Kickstarter website for details by following the link below