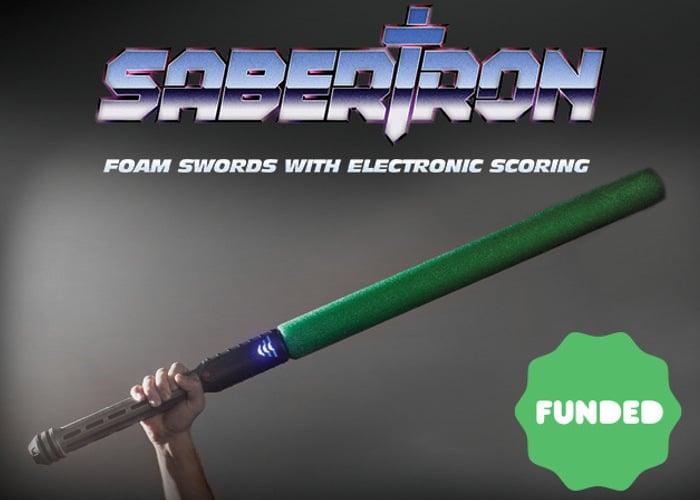 First unveiled back in January of this year the new foam Sabertron swords that allowed you to battle with your friends and foes, and automatically keep track of your score. Are this week coming to the end of their successful Kickstarter crowd funding campaign.

The Sabertron swords have been designed by LevelUp based in Austin Texas and enable you to start duelling in safety with your friends while scores are automatically tallied during the battle.

“With Sabertron, swordsmen & swordswomen will be able to have sword fights with swords that keep score electronically, without any additional equipment. A series of LED strips integrated into the front and back of the handle keep track of player health. A sword-to-sword hit doesn’t decrement health. A hit to the body of an opponent results in a loss of health until a fighter wins the duel. 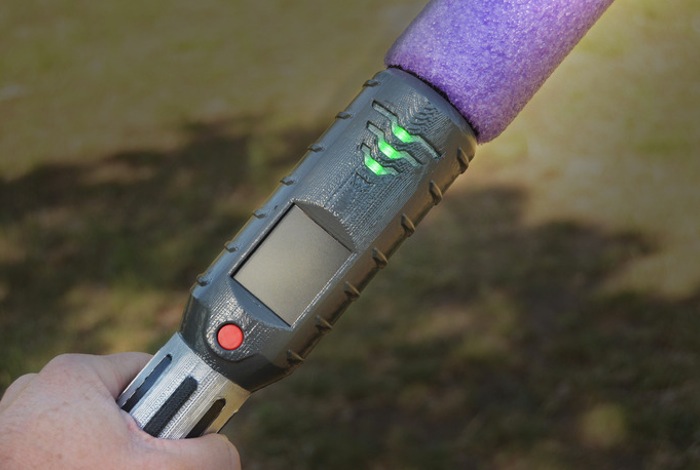 LED light strips on the front and back of the handle indicate a player’s health. Each valid hit decrements health, and the first player to run out of health loses. An LCD touchscreen in the handle is included with the Grandmaster and Blackout editions.

Sabertron swords utilize a nearly indestructible core of ultra-durable polycarbonate plastic and tough, easily replaceable foam blades. These are extremely high-quality products. They’ll stand up to as many fights as you’re up for, all while weighing less than one pound.”

The Sabertron project is currently over on the Kickstarter crowd funding with four days left to run on the campaign to raise funds and has already over $150,000 pledged so far.

So if you think the foam Sabertron sword fighting system is something you could benefit from, visit the Kickstarter website now to make a pledge and help Sabertron become a reality.