At some point, I think most people have picked up something long and pretended to have a sword fight. The problem with most mock sword battles is that no one wants to admit they were hit, which leads to arguments. A company called Sabertron has announced some slick toy sword tech that keeps score during your battles. 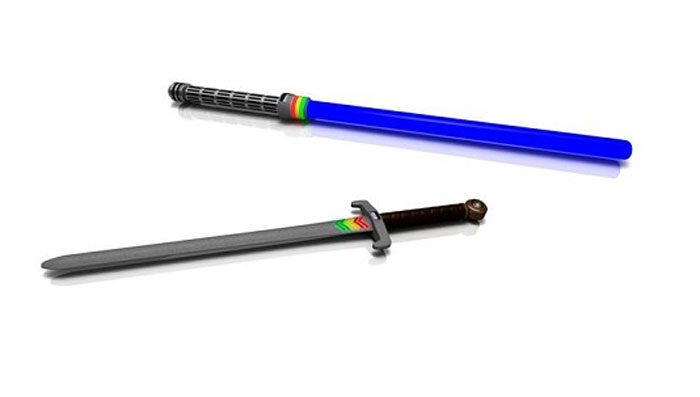 The Sabertron sword comes in two styles. One looks like a light saber and the other looks like a traditional sword. Both styles have LEDs that track score as they travel from green, to yellow, to red to show who wins. The score keeping happens automatically and it can tell the difference between you hitting a person and just hitting the door or floor.

There are five game modes with settings for quick matches or long ones. The company also plans to roll out some interactive armor to go with the swords too. The swords have LED light and sound effects as you play. You can’t buy the Sabertron swords right now, but they are going to hit Kickstarter pretty soon. There is no indication of when these swords will come to market or how much they might cost.