Flipboard is one of the coolest news reader applications available for the iPad, it was featured in Apple’s Best iPad Apps of 2010, and the developers behind the app have just released a new version which brings a range of new features to Flipboard.

The latest version of Flipboard for the iPad will let you browse photos from Flickr, reader your favourite websites via your Google reader as well as items shared by your Twitter and Facebook friends. 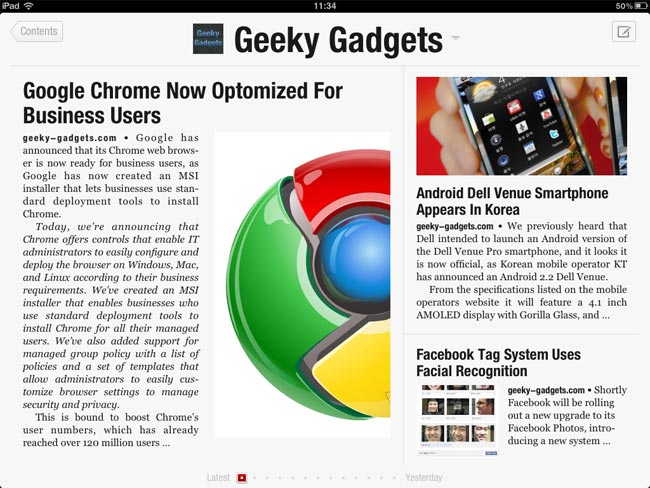 If you haven’t tried out Flipboard on the iPad it is definitely worth checking out, and is available as a free download from iTunes.