Apple has revealed a list of the companies top apps for 2010 for the iPhone and iPad, and in number one spot on the top paid iPhone apps is everyone favourite game Angry Birds. 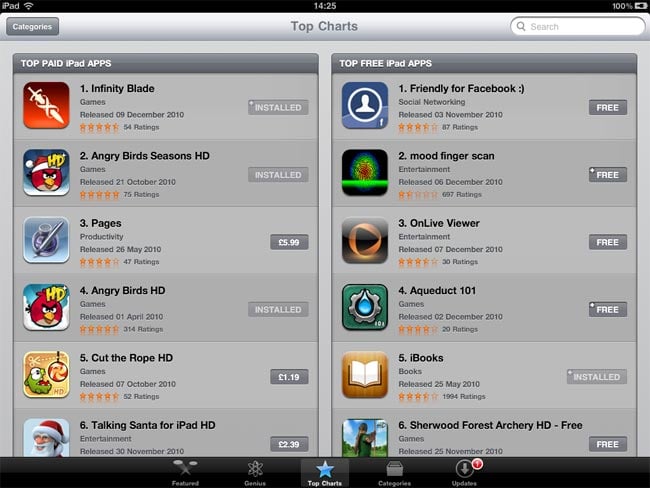 Overall at of all the apps Apple have selected four apps that they think are the best of 2010, which are Hipstamtic, Plants Vs. Zombies, Flipboard, and Osmos .

You can see a full list of all the top iPhone and iPad Apps announced by Apple for 2010 over at Tech Crunch.