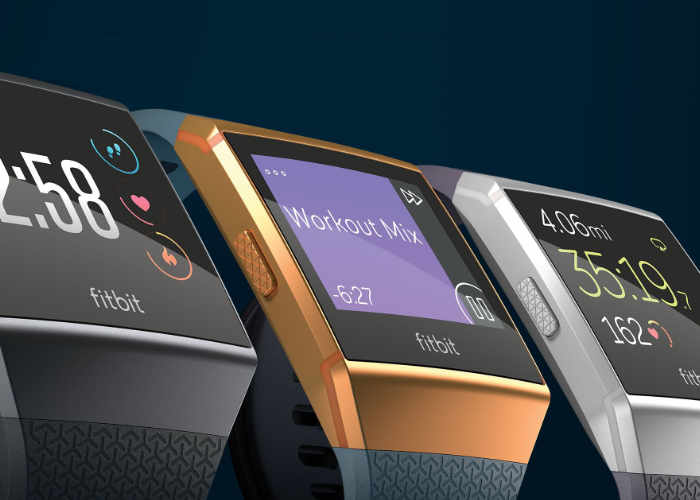 A Fitbit Ionic update has today been released for the smartwatch, activity tracker providing its first major operating system update for the new smart wearable which was launched back in October 2017. The Fitbit Ionic update brings with it three first-party clock faces to enjoy, together with the new Fitbit Leaderboard app, multi-card payment capabilities, a variety of clock faces and applications created by “Fitbit users for Fitbit users” an tweaks to the operating system to make the user interface faster and more responsive.

The Fitbit Ionic smartwatch is available to purchase priced at £300 and offers the ability to track your activity, store music, track your heart rate and even has built-in GPS allowing you to track your runs and cycling. When combined with the smartphone application the system is also capable of providing personal coaching and is water resistant allowing it to provide swim tracking data. Watch the demonstration video below to learn more about the Fitbit Ionic smart wearable, created by the company that purchased Pebble, the company started via a successful Kickstarter campaign raising millions to help Pebble create one of the first smartwatches on the market. Unfortunately future support for the Pebble smartwatch will come to an end under the the new management at Fitbit.

Personalised guidance and insights. Your favourite songs and apps. All the features that you love from Fitbit. This is the watch that you’ve been waiting for. Designed to give you more guidance than ever, Ionic serves up personalised workouts that play on screen and guide you through every move. Multi-sport modes let you track specific workouts like weights, runs and rides. In Bike, Run or Hike mode, use built-in GPS to see pace, distance and other key stats on display. When you’ve finished, you’ll get a complete performance summary that shows elevation climbed, split times and a map of your route.