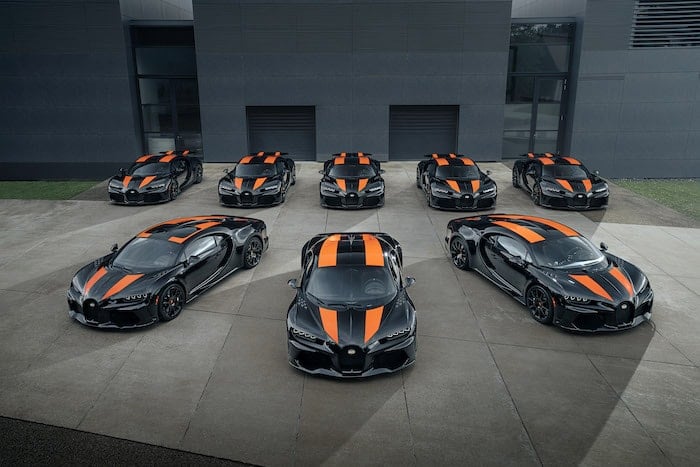 Bugatti has announced that the first eight cars of their Bugatti Chiron Super Sport 300+ are now ready for delivery to their customers.

There are only 30 cars being built in total and now 8 have been completed, the car is capable of speeds over 300 miles per hour. 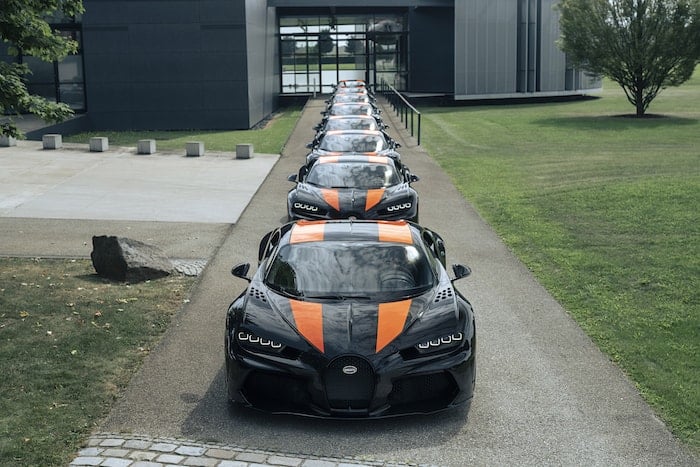 When the Chiron Super Sport 300+ first made headlines back in 2019, Bugatti established an entirely new standard of performance by blasting through the seemingly unbreakable 300 mph barrier. Surpassing the threshold at a speed of 304.773 mph (490.484 km/h), setting a new world record. Shortly after, to mark the 110th anniversary of the French luxury marque, it was announced that 30 units of the Chiron Super Sport 300+ would be built at Bugatti’s Atelier in Molsheim.

“The Chiron Super Sport 300+ will forever remain a cornerstone of our marque’s illustrious history as it elevated automotive performance to levels that were once thought to be unreachable,” comments Christophe Piochon, Managing Director of Production and Logistics.

Exploring uncharted territory at speeds of up to 440 km/h requires an abundance of power. With a colossal power output of 1,600 PS produced by a modified version of Bugatti’s iconic 8.0-liter W16 engine, the Chiron Super Sport 300+ exceeds the Chiron’s output by 100 PS.