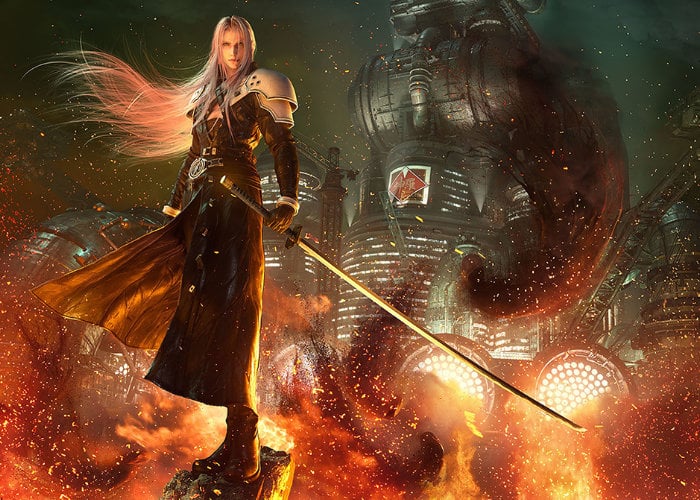 The Final Fantasy 7 Remake recreates large portions of the original plot before eventually diverging, Square Enix will be releasing the game as a multi-part series, with the first entry released for the PlayStation 4 with timed exclusivity for one year. A free demo of the highly anticipated Final Fantasy 7 Remake is now available to download and try out before the game’s official launch next month on April 10th 2020.

“Final Fantasy VII Remake aims to retell the story of the original Final Fantasy VII. Players control Cloud Strife, a former Shinra soldier who joins the AVALANCHE eco-terrorist group as a mercenary to fight the Shinra Corporation, who have been draining the planet’s life energy. The game is a full remake with real-time polygonal graphics, as opposed to the pre-rendered environments of the original.”

“The story of this first, standalone game in the FINAL FANTASY VII REMAKE project covers up to the party’s escape from Midgar, and goes deeper into the events occurring in Midgar than the original FINAL FANTASY VII.

The world is under the control of Shinra, a corporation controlling the planet’s life force as mako energy. In the city of Midgar, Cloud Strife, former member of Shinra’s elite SOLDIER unit now turned mercenary lends his aid to the Avalanche resistance group, unaware of the epic consequences that await him.”