Over the weekend Felix Baumgartner successfully completed his Space jump from a massive 24 miles above the earth, following five years of preparation, and equipment testing. 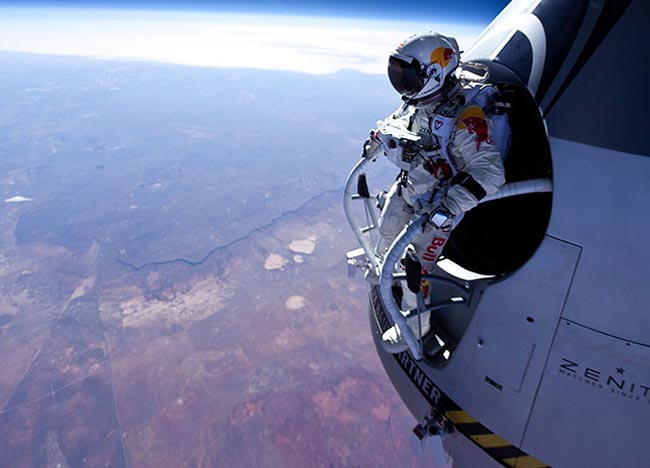 But while he was completing his massive space jump over 8 million YouTube viewers watched as Baumgartner was lifted to the huge 128,000 ft height before jumping and completing his 10minute freefall back to earth. Google explains:

“At peak, you were watching more than 8 million concurrent livestreams of this mission, which intended to break 50-year old records of human limits and break new ground in medical and scientific research.”