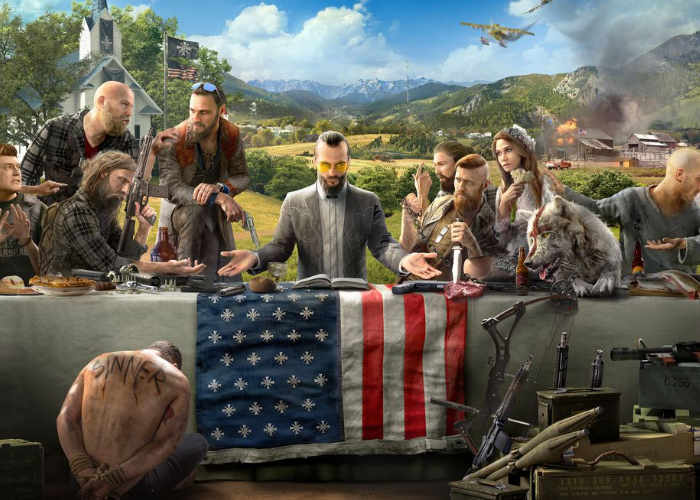 Far Cry fans patiently waiting to enjoy the fifth game in the series, will be disappointed to learn that the Far Cry 5 release date has now been pushed back a little until March 27th, 2018. The game was originally expected to launch on the previous release date set by Ubisoft for February 27th 2018 however today the company has announced both The Crew 2 and Far Cry 5 release dates have been delayed for Xbox One, PlayStation 4 and PC additions. In an official statement, Ubisoft’s worldwide studios executive director Christine Burgess-Quémardctor explain the reason why :

This decision is in line with our strategic vision of developing even more engaging and higher quality experiences for gamers. Taking more time with Assassin’s Creed Origins enabled our talented development team to fully express their creative vision. As expected, this had a very positive impact on the game’s quality and largely participated to its commercial success. Taking a similar approach, we have decided to invest additional development time in three upcoming games.

In a separate statement via the official blog for The Crew 2 developer Ivory Tower explained more about the release date delay.

While we’re excited to share the joys of Motornation with you as soon as possible, we don’t want to do so before the game is ready. This new window will allow us to deliver an experience that fulfils both our fans’ and our own quality expectations.

The additional delay in the The Crew 2 will allow the development team :

To continue running test phases and allow as many of you as possible to get hands-on with the game. Player feedback and its integration remain integral to attaining our vision, and the development team is excited by the prospect of working further with our amazing community.