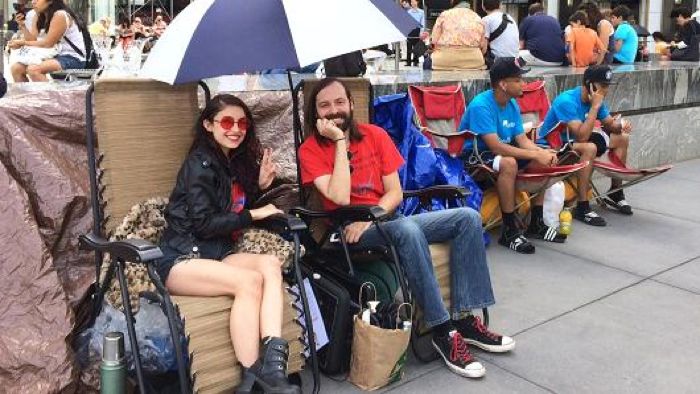 Apple hasn’t even announced their new iPhone 6, and fans have already started queuing at the the Apple Store in New York, the handset will be announced next Tuesday the 9th of September.

There are already a number of fans queuing at the Apple Store in New York, although they will have to wait a while until the new iPhone 6 is actually released.

The Queue was apparently started on Sunday by Brian Ceballo and Joseph Cruz, this is their fifth year waiting in line for the new iPhone, and this could be their longest wait, as it will be at least two weeks before the iPhone 6 is released.

Ceballo and Joseph Cruz represent electronic reseller BuyBackWorld and were the first people in line before Jason and Moon Ray paid them $2,500 to secure the top spots in line. While waiting, the Rays are promoting an app from VideoMedicine that allows patients to Skype with doctors.

Apple is rumored to start selling the new iPhone 6 on Friday the 19th of September, of course this date has not been confirmed by Apple, and if it launches later than this, then the people queuing at the New York Apple store could have a long wait.