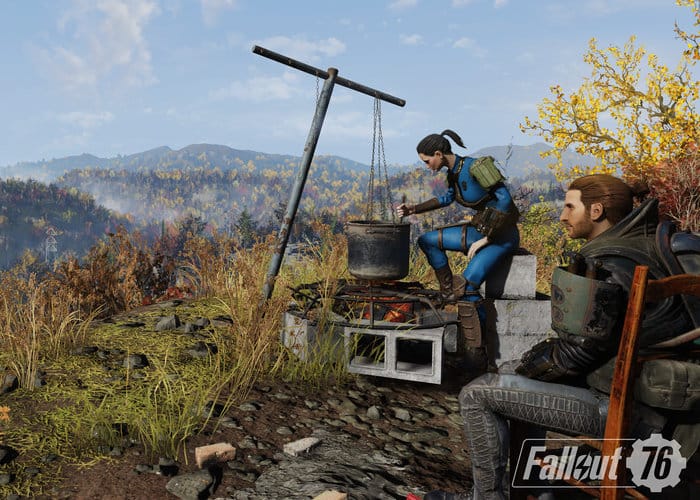 If you are thinking of participating in the Fallout 76 beta or have already engaged and are a little lost. You’ll be pleased to know that Neil Gorton, Community Manager at Bethesda has taken to the official PlayStation blog this week to reveal seven things you need to know about Fallout 76. “The Fallout 76 beta and the post-apocalyptic West Virginian wasteland awaits you. But where to begin? Allow us to guide you through seven things you should know and do as you emerge into post-nuclear Appalachia.”

The Fallout 76 beta development stage is not restricted to just one area but provides access to the whole game. A map four times the size of Fallout 4, that means there is a lot to find before the full game comes out. Also any progress will carry over once the game officially launches In a few weeks time on November 14th 2018. So, get levelling up while you can. Talking of levels once you reach level 5 the game changes considerably and you can engage in player-versus-player (PvP) combat.

“After becoming a level 5 player, you can participate in player-versus-player (PvP), at which point you can engage in combat with other players. If you attack someone and they fight back, full-on combat ensues and to the winner go the spoils. However, if you activate the ‘pacifist’ mode and do not retaliate (and are killed by an attacker) they are in big trouble. A bounty is put on their head, and they can no longer see anyone else on the map. More often than not, other players will hunt them down for a reward – and the bounty will be paid out of the murderer’s own funds!”

“Your future, your choice. Levelling up as the game progresses rewards you with Perk Cards. These cards allow you to determine which elements of your character you wish to enhance, whether it be strength, resilience to the toxic muck you may be forced to consume, or better recovery powers, you can directly influence the strengths and weaknesses of your character in any way you like. You can swap Perk Cards in and out at any time, so feel free to experiment with different character builds!”

For more tips and tricks from Neil and the Bethesda team jump over to the official PlayStation blog via the link below.