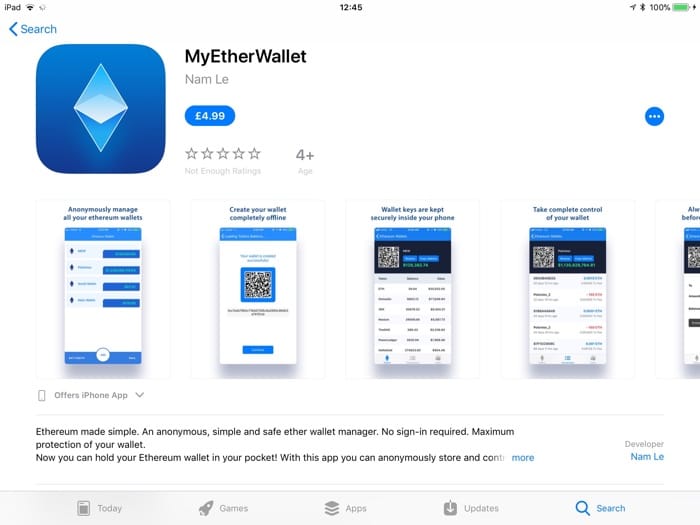 The real MyEtherWallet is one of the most popular online wallets for storing Ethereum and other crypto currencies. This fake app has even risen on the app charts over the weekend. It got to number three on the finance category.

The app is listed in the app store by a developer called Nam Lee, he is not the person behind the real MyEtherWallet service.

This is NOT US. We have file reports and emailed and reported. Would appreciate the communities assistance in getting these scamtards out of our lives.

The fake app has been available in the app store for over a week according to TechCrunch. As yet there is apparently no response from Apple about this fake app.

The fake MyEtherWallet app has now been removed from the app store. Over 3,000 copies of the app were downloaded, it looks like Apple has decided to remove it.