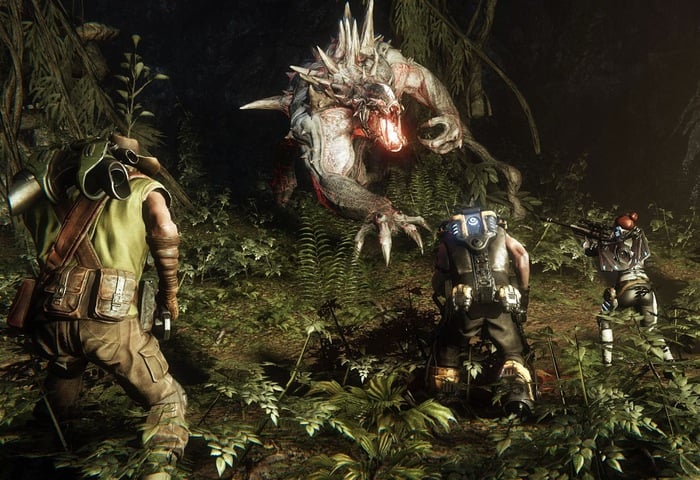 Gamers who were looking forward to playing the new Evolve game currently under development by Turtle Rock Studios and expected to be released on October 21st, 2014. Will be disappointed to learn that the games publishers 2K Games have today revealed during its latest earnings call that the Evolve release date has now been pushed back to February 10th, 2015.

The highly anticipated and innovative Evolve game is a co-operative first-person shooter, that allows four human players to hunt an alien monster controlled by a fifth player. Check out 20 minutes of Evolve gameplay featuring one of the unveiled Evolve monsters after the jump.

Evolve will now be launching on February 10th, 2015 and will be available to play on both Sony’s PlayStation 4 and Microsoft’s Xbox One next-generation consoles as well as PC systems.