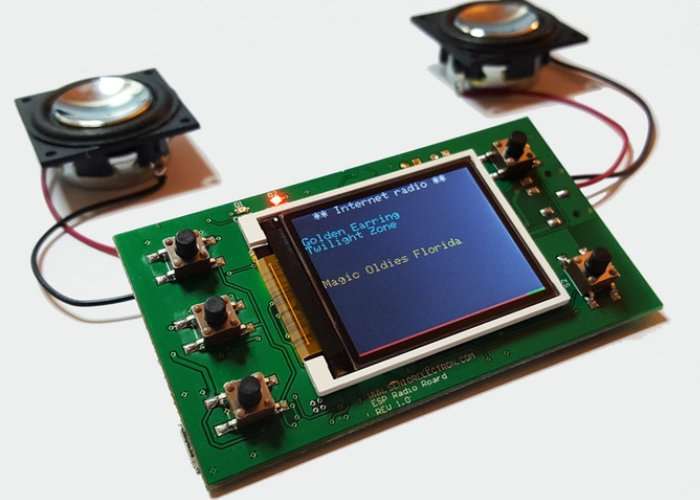 Senior Electron based in Los Angeles, California has created a new ESP8266 Internet Radio which comes complete with onboard stereo amplifier, the hardware is based on the open source EspRadio project by Ed Smallenburg.

Watch the demonstration video below to learn more about this new Kickstarter campaign, which provides the complete source code and required Arduino libraries allowing you to modify the hardware to suit your exact requirements.

This board is a complete Internet radio based on ESP8266 Module and the Arduino. The board has a stereo earphone jack plus two speaker connectors and a on-board 2.5w HiFi amplifier. The mp3 decoder is VLS1053B and the sound quality is amazing all of the source codes , BOM , schematic and PCB and Arduino codes and libraries are included.

The ESP8266 Internet Radio is now available to back via Kickstarter with early bird pledges starting from just $39 and delivery expected to take place during October 2017. For full specifications and more information jump over to the official Kickstarter campaign page via the link below.