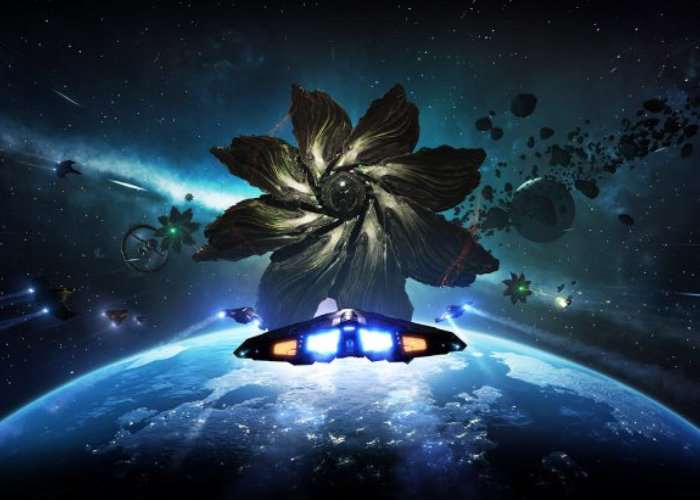 As expected developers Frontier Developments and creators of the awesome space simulation Elite Dangerous have rolled out a major new update for the game which is around 7 GB in size and brings with it a wealth of new content, bug fixes and improvements.

The major interest is in the new Thargoid race of aliens which has been added to the game with this latest update and provides a new storyline for players to enjoy. Watch the teaser trailer below to learn more about what you can expect.

Today humanity’s dreaded enemy will return in an ongoing Elite Dangerous story arc enabled by Elite Dangerous: Horizons 2.4 – The Return, continuing the Horizons season with ongoing story events that will see commanders thrust into battle against the Thargoids for the first time in gaming’s modern age, bringing a new and deadly dynamic to the Elite Dangerous galaxy.

In coming months the Thargoids’ influence will be felt throughout Elite Dangerous, and players will be forced to develop new tactics and technologies of their own to counter the Thargoid menace, or see humanity’s grip on our sectors of the galaxy recede.

• We have made some adjustments to mouse behaviour when viewing the Holo-Me menu in VR so that it matches other UI screens
• We have disabled the bloom effect when using the VR graphical presets by default, as it could be a bit hard on the eyes
• Fixed a tiling issue that occurred when taking high resolution screenshots when using VR
• Adjusted a variety of outfitting cameras across a range of ships to work better when using VR
• Fixed an issue whereby the HUD target reticle was displayed inside your cockpit in one eye when using VR

For full details on the latest updates and patches jump over to the official Frontier Developments website by using the link below.