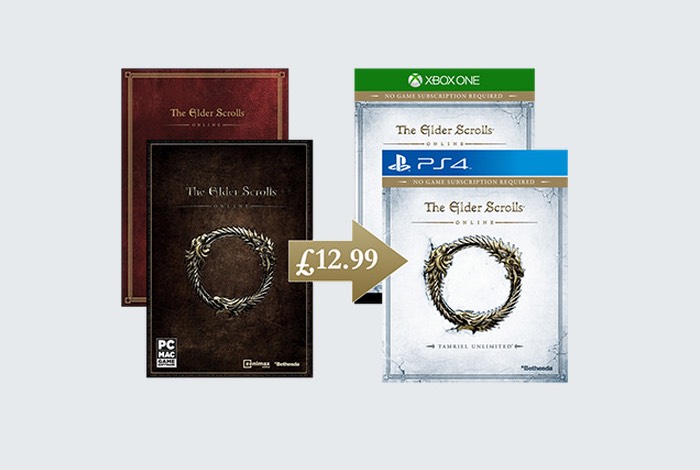 Gamers that own a copy of the Elder Scrolls Online game for their PC or Mac are now able to take advantage of a new limited time migration option that has been rolled out by the games developers to enable players to transfer an existing account from a computer to a console.

The new offer has been launched to those who are looking to pre-purchase a digital copy of the PlayStation 4 or Xbox One versions of the game and will be available on the store for 30 days.

Eurogamer has published details of an email that has been sent out to players explaining after the 30 day period has finished gamers will no longer be able to purchase the special digital copy of The Elder Scrolls Online: Tamriel Unlimited for console or copy your PC/Mac account to console in any other way. 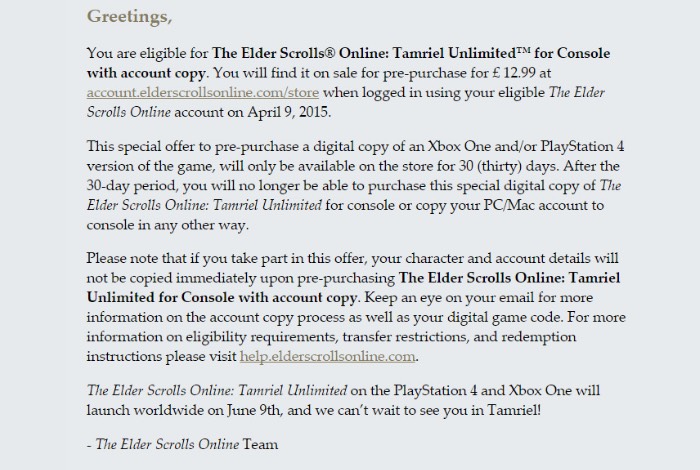 “The Elder Scrolls Online is a massively multiplayer online role-playing video game developed by ZeniMax Online Studios.  Upon creating a character, players have access to four classes: Dragon Knight, Templar, Sorcerer, and Nightblade. As in previous The Elder Scrolls titles, gameplay is mostly nonlinear, with a mixture of quests, random events, and free-roaming exploration of the world.”