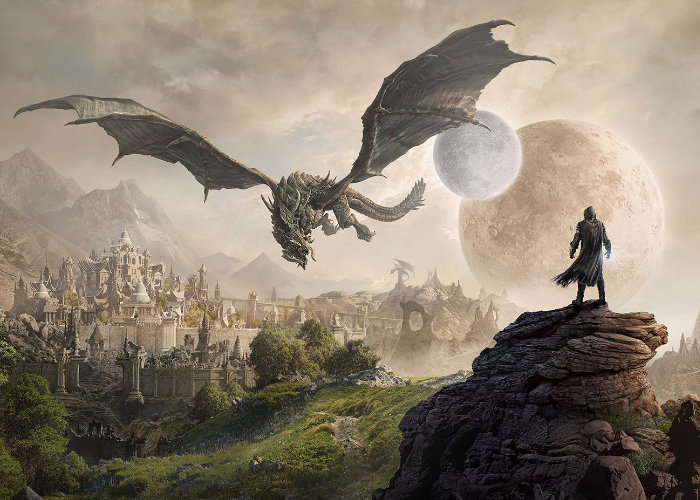 Console gamers patiently waiting for the arrival of the new Elder Scrolls Online Elsweyr to land on PlayStation 4 and Xbox One systems will be pleased to know that it is now available to download complete with dragons. As well as adding a new region to the game the latest expansion also brings back dragons, check out the gameplay launch trailer below to learn more about what you can expect the latest content for the MMORPG.

“Join over 11 million players in the award-winning online multiplayer RPG. Dragons have invaded Tamriel in The Elder Scrolls Online: Elsweyr, part of the Season of the Dragon year-long adventure! Explore and defend the home of the Khajiit from an ancient evil, and command the undead with the Necromancer class.

If you have not yet started playing the game when purchasing The Elder Scrolls Online: Elsweyr  the bundle also includes Summerset and Morrowind Chapters, as well as the Base Game for you to enjoy.

– VENTURE TO ELSWEYR—Explore the Khajiit homeland; a land ravaged by warfare.
– DEFEND AGAINST DRAGONS —Scaled terror attacks from the skies! Seek new allies and weapons to take them down.
– A YEAR-LONG EPIC TALE—ESO reaches new storytelling heights with a war against Dragons told across a Chapter and three DLC game packs.
– WIELD THE POWER OF NECROMANCY—Master control over life and death with a character class that channels the undead.