Next month Dropbox is expected to launch a new feature that will make it easier for users with both personal and business documents stored within their Dropbox cloud storage to be able to switch between the two.

An email which Dropbox has sent out to its business users has revealed that the company is planning to launch the new switching feature that was first announced back in November of last year, on April 9th 2014. 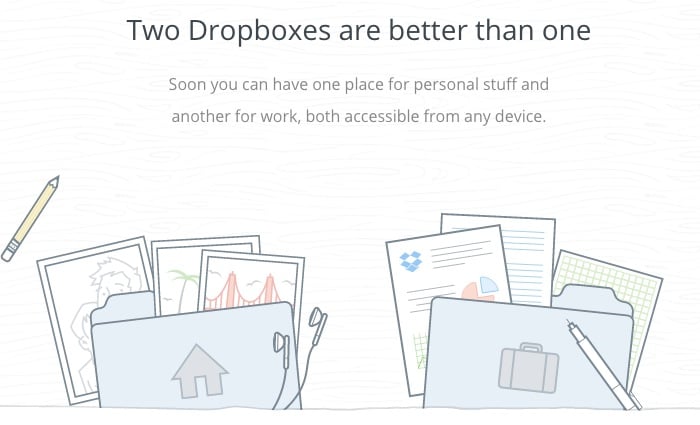 Dropbox explains a little more about their Dropbox for Business :“With separate Dropboxes for personal and work, administrators can have the control necessary to secure company data, and you can still have your most important stuff at your fingertips.

Dropbox makes it easy to get to your stuff, whether personal or work, from wherever you are. Soon, you’ll be able to access both sets of data on the web and across all your devices.”

As more information about the new personal and work Dropbox switching feature is released by the company’s developers we will keep you updated as always. For more information on the latest Dropbox for Business that was launched last April by Dropbox jump over to the official Dropbox website.