It has been revealed this week that DreamWorks Animation has partnered with technology company, Fuhu who has created the popular Nabi tablets, to launch a new Dreamtab Android tablet designed to be used by children.

The new DreamWorks Dreamtab Android kids tablet will be officially launched at the upcoming CES 2014 technology showing starting next week in Las Vegas. 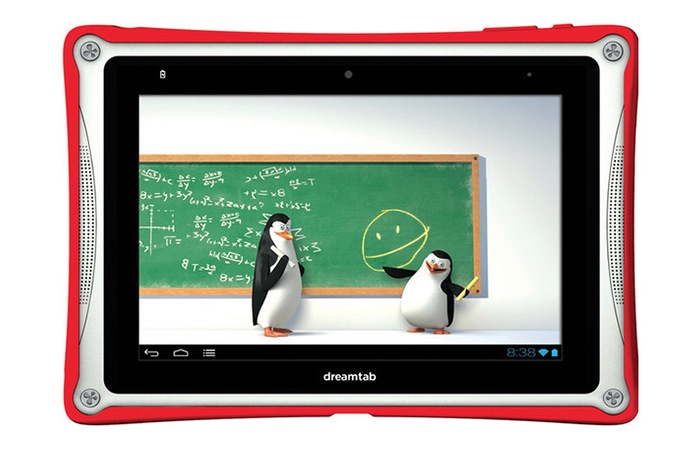 The Dreamtab Android kids tablet will be equipped with an 8 inch screen with pricing expected to be under $300 when it launches, together with a 12 inch version that is also being developed.

The Dreamtab Android tablet will also be sold with a wealth of DreamWorks-branded accessories, including headphones, protective bumpers and tablet carry cases. Jim Mainard, head of digital strategy and new business development for DreamWorks explained : “We could push out a new character moment every day of the year,” .

Unfortunately no information on exact pricing or worldwide availability has been released as yet by Dreamworks, but the new Dreamtab Android kids tablet is expected to arrive in stores during the spring of this year. As soon as information comes to light from CES 2014 next week we will keep you updated as always.