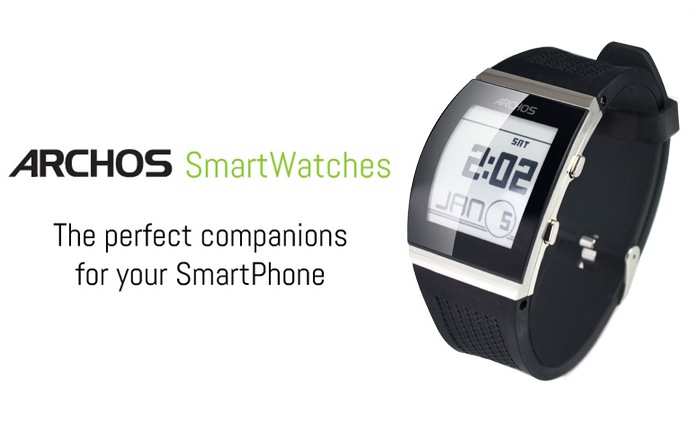 As you can see from the photo the Archos smartwatch is curved in design and looks as though it sports a rubber strap and a black and white e-paper screen to help get the most out of its integral battery, however this has now been confirmed by Archos.

Last year we saw a wealth of new smartphones launched via crowdfunding websites as well as the launch of the Samsung smartwatch which links directly to smartphones running Google’s Android operating system.

Other manufacturers such as Apple, Microsoft and others have also been rumoured to be developing their own new smartwatch devices for launch or at least unveiling sometime this year.

As more information is officially announced and released by Archos during next week’s CES 2014 technology show we will of course keep you updated on all the latest specifications and details brought to light by Archos and any other developments in the smartwatch market.