Polaroid has today unveiled the newly updated second generation version of its award-winning tablet which has been specifically designed for kids, and takers the form of the aptly named Polaroid Kids Tablet 2.

The new Polaroid Kids Tablet 2 is equipped with a 7.0″ capacitive HD display offering a resolution of 1024 x 600 pixels and cones with 8GB of internal storage that can be increased using SD cards. 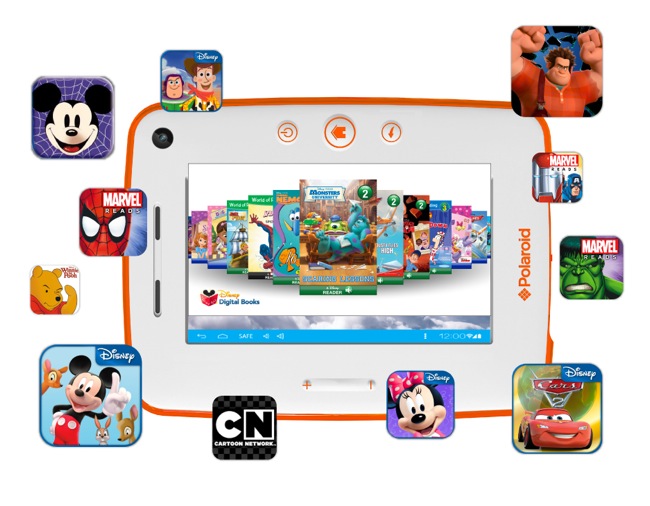 Polaroid has powered their Kids Tablet 2 tablet with a Dual-Core, 1.6 GHz CORTEX-A9 processor supported by 1GB of RAM and installed Google’s Android 4.1 Jelly Bean operating system on the device.

Other features of the Polaroid Kids Tablet 2 include Wi-Fi (802.11 b/g/n) connectivity and front and rear cameras which can be used with the Kids Cam app. It also comes pre-installed with 70 popular books and updated apps that help children express their creative sides, says Polaroid.

“The tablet now comes equipped with the full versions of 25 top-rated books and apps from Disney, Marvel and Cartoon Network that feature some of the most beloved cartoon and comic book characters.

Children can learn to read with the help of comic book superheroes Spiderman, Iron Man and The Incredible Hulk or play fun and exciting games with characters from Toy Story, Wreck-It Ralph and Cars. “

The Polaroid Kids Tablet 2 is now available to purchase for around $149 both online and from Toys “R” Us stores. 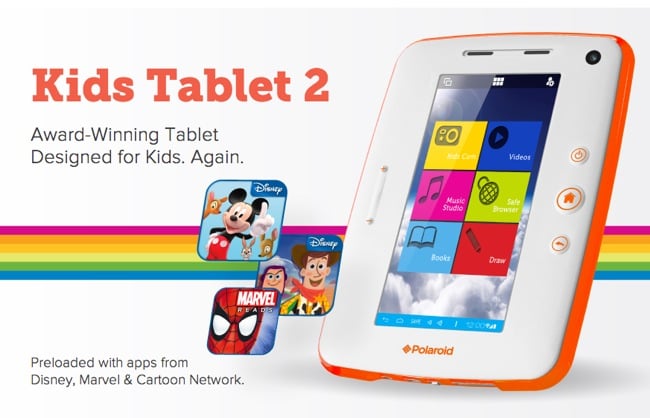