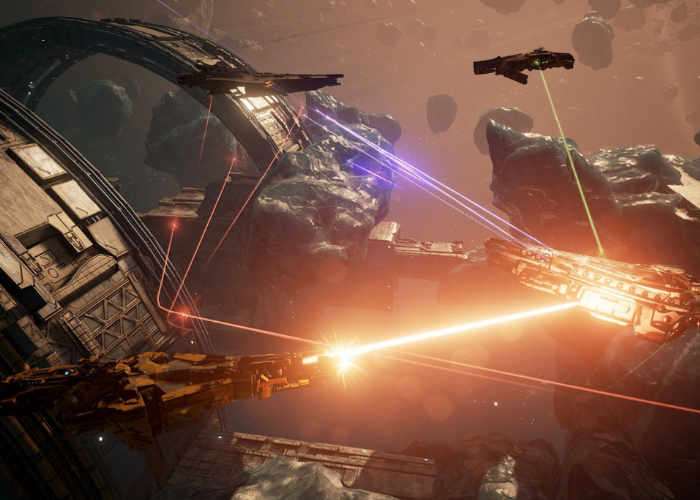 Dreadnought’s Open Beta has arrived on the PlayStation 4 this week allowing those interested to access the game ahead of its official launch, Chris Owen Senior Producer at developers Six Foot is taken to the official PlayStation blog to reveal more details about the space combat game which provides capital ships across eight new battlegrounds.

Check out the open beta trailer below to learn more about Dreadnought and what you can expect from its gameplay, which includes a PS4 exclusive game mode called Havoc.

The biggest change open beta brings to the table is maps: eight of them, to be exact. These include variants of all four battlegrounds that have been available throughout the closed beta, plus two brand-new maps (which have one variant each). Check out the map of Ryugu Haven—a gritty outlaw mining base hidden deep within the asteroids of the Scum Belt—and the ominous, eerily lit variants of Kappa Base and Rings of Saturn below!

As a thanks for playing Dreadnought, we’re giving all PS4 players the Hactar Hero Ship—for free! Keep in mind, this is no rookie vessel. It’s a menacing, Tier-IV Tactical Cruiser with a screaming head at its bow. Take this beast onto the battlefield and channel the fighting spirit of the Dead Horde, the ruthless faction it once led into the asteroid belt during the Great Solar War. Just make sure you’re ready to unleash some serious destruction.

Jump over to the official PlayStation blog for more details and links to download Dreadnought on your PlayStation 4.