Nuance has rolled out a new update for its iPhone application Dragon Go! today. Which brings with it a number of new features including a few new things that even Apple’s own Siri can’t compete with.

Within the new update for Dragon Go! now comes with support for Expedia travel information. Enabling you to ask for travel information including flight times and details, Which Siri has problems trying to provide users with. 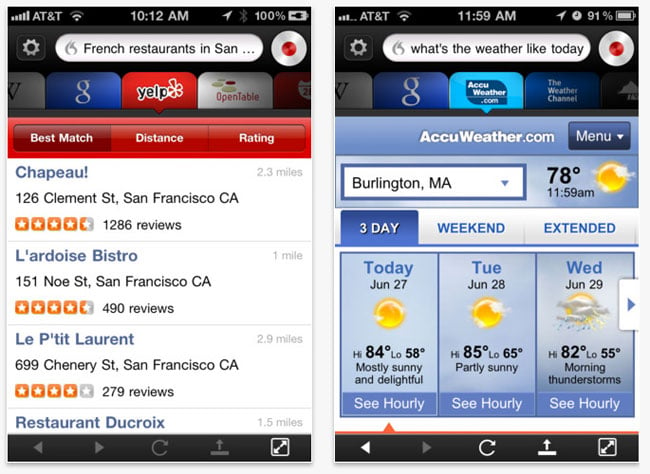 As well as support for the popular Hulu service which can now be used with Dragon Go! Give it a go for yourself as its free to download from the iTunes app store. Be aware though that it does require network connectivity WiFi or 3G/EDGE and also iOS 4 or later. Enjoy!