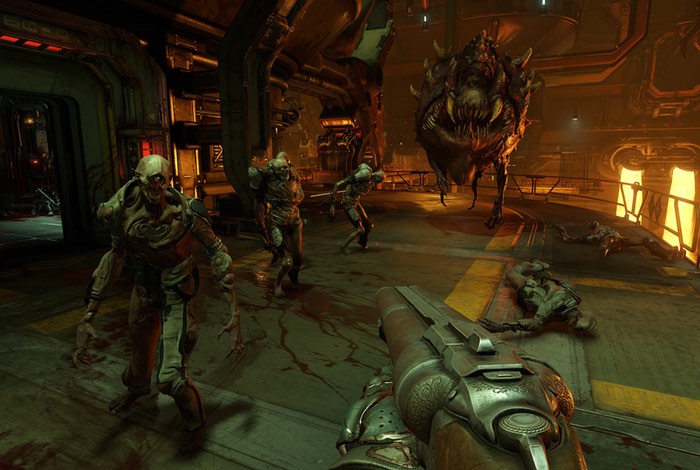 iD Software has shown a gameplay trailer for the upcoming DOOM game that will be launching sometime during Spring 2016 and was first shown at E3 earlier this year.

Watch the devastation as the Pinky, the Double-Barrel Shotgun is put through its paces together with other weapons as well as hand-to-foot combat.

DOOM 2016 will include multiple multiplayer modes, such as 4-player deathmatch, domination, freeze tag, and clan arena, are included in the game and will also feature teleports and Power-ups.

Doom is a first-person shooter which has “badass demons, big effing guns, and moving really fast” as key principles, according to id Software executive producer Marty Stratton. The game features various weapons, which can be collected and freely switched by players throughout the game.

Many classic weapons, including the super shotgun and BFG 9000, make a return. In addition, melee weapons such as the chainsaw, which can cut enemies in half, are also featured. Many enemies from the original games like the Revenant, Mancubus, and Cyberdemon return as well, some of them redesigned.