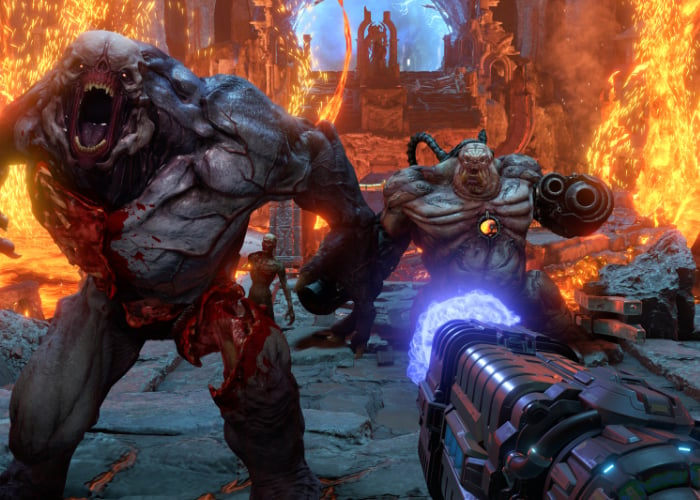 Further to the official unveiling of the new DOOM Eternal game earlier this week, Bethesda has now teased a quick demonstration of the team play you can expect while engaging in the new DOOM Eternal Battlemode which will be available in the latest game in the series launching later this year.

Check out the teaser trailer below for a taste of what you can expect during the 2 vs 1 battles. Offering a two player-controlled demons versus one fully-loaded Slayer. “It’s demon strategy versus Slayer skill in a competitive, engaging and fun best-of-five round fight to the death”. DOOM Eternal will be officially launching later this year on November 22nd, 2019 and is now available to preorder on the Xbox One, PlayStation 4 and PC.

“Introducing BATTLEMODE, DOOM Eternal’s brand-new 2 versus 1 multiplayer experience built from the ground up at id Software. A fully-armed DOOM Slayer faces off against two player-controlled demons, duking it out over three rounds of intense first-person combat. See the teaser trailer now and stay tuned for more information about the exciting new game mode at QuakeCon 2019. Pre-order DOOM Eternal and receive a DOOT Revenant Skin for use in DOOM Eternal multiplayer, DOOM Eternal Master Level: Cultist Base Ed. 1, and a “Throw-back” Shotgun weapon skin.”