If you do a lot of international traveling, you’re probably aware that international roaming rates for data use can be enormous. There have been several cases all around the world of people who traveled internationally using their data plan when roaming and getting hit with bills of thousands of dollars or more. A company called Doodad has announced the launch of a new pay-as-you-go travel data SIM card. 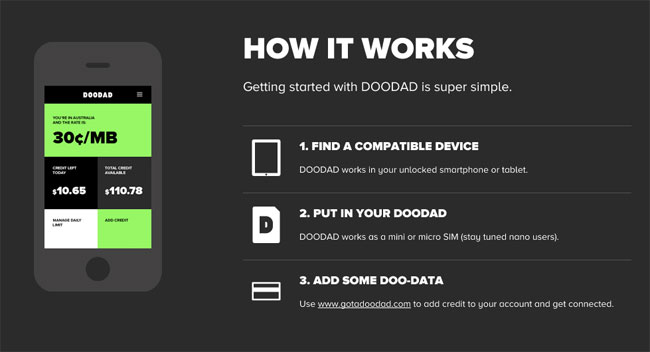 The company says that the card will work with unlocked GSM smartphones and tablets and can be used as a mini or micro SIM card. The company also has a nano SIM card way. As long as you have data, the SIM card will allow you to connect to the internet in 54 countries around the world.

Data for the device can cost as little as $.30 a megabyte in the US, South Korea, and Australia. The data goes up to $1.20 per megabyte in some other countries, especially in more tropical locations such as Jamaica, Panama, and others.