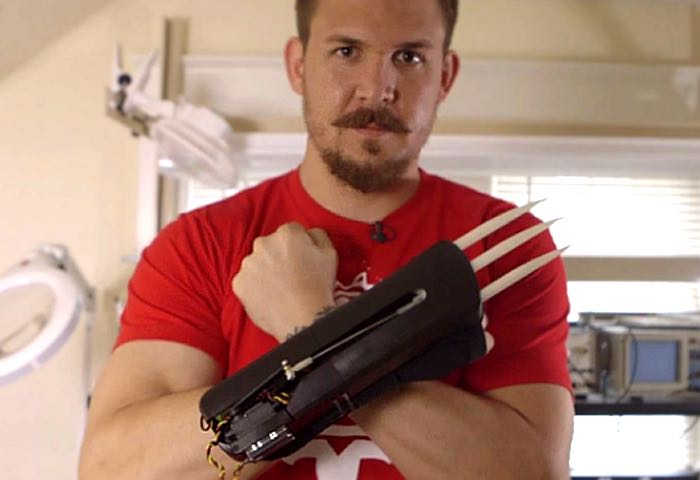 A new electronic sensor called MyoWare that is currently over on the Kickstarter crowdfunding website has been used to create a pair of DIY Wolverine claws that can be controlled by simply flexing your muscles.

We featured the MyoWare device back at the beginning of this month here on Geeky Gadgets but this week its creators have unveiled these awesome DIY Wolverine claws.

The claws have created using the innovative MyoWare muscle sensor platform, that is also compatible with Arduino allowing you to expand it uses. Watch the video below to learn more.

“The MyoWare measures muscle activity through the electric potential of the muscle, commonly referred to as electromyography (or EMG for short). When your brain tells your muscle to flex, it sends an electrical signal to your muscle to start recruiting motor units (the bundles of muscle fibers that generate the force behind your muscles).

To get your very own muscle sensor jump over to the Kickstarter website to make a pledge from $25.