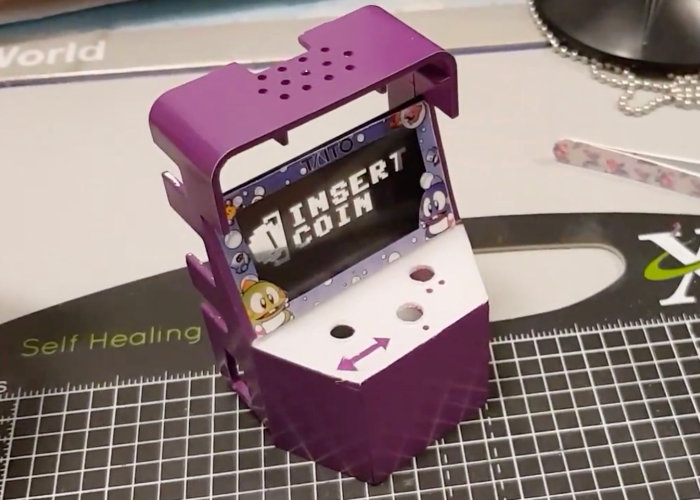 Raspberry Pi enthusiasts looking for inspiration for a new project to keep them busy this weekend may be interested in a new retro arcade console case created by YouTube The Pork Wizard. Developed and built over six different YouTube videos can watch the entire build process together with the conception and development ideas before the build actually took place.

The final result is an awesome custom-built Raspberry Pi case which takes the form of a retro arcade cabinet complete with joystick and buttons.

“I said The Flux CaPIcitor was my last project, so obviously I’m building again. This is another project for a friend, who simply said she wanted something retro themed, so I’m adapting the last project specs and building the (working titled) ‘Pirple Penny Muncher’.”

For more details on all the projects created by YouTube The Pork Wizard, including the flux capacitor build jump over to the official YouTube channel by following the link below