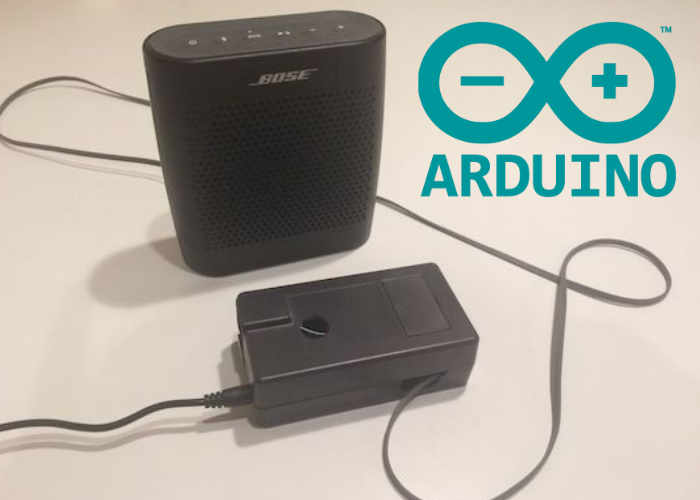 A new Arduino powered voice-activated clock has been created by Instructables user GeraldF6, who has kindly published step-by-step instructions enabling you to build your very own.

The voice -controlled Arduino powered clock uses a real-time shield and a MOVI Speech Dialog Shield to an Arduino. check out the video below to learn more about the project which does not require Internet connection for the voice control to function correctly.
Components you will need to build your very own voice-activated Arduino powered clock include:

• An Arduino-compatible board, we used an Arduino Uno.
• MOVI Speech Recognizer and Synthesizer shield for Arduino.
• A Tiny Real Time Clock DS1307.
• Loudspeakers that plug into a headphone jack (no 4ohm or 8ohm).
• A power supply, e.g. 12V 500mA or 4 AA alkaline batteries (rechargeables: use 5).
• Optional: An Arduino project box.
• Optional: A proto shield to mount the realtime clock module

For full step-by-step instructions on how to create your very own Arduino voice controlled alarm clock jump over to the Instructables website via the link below.