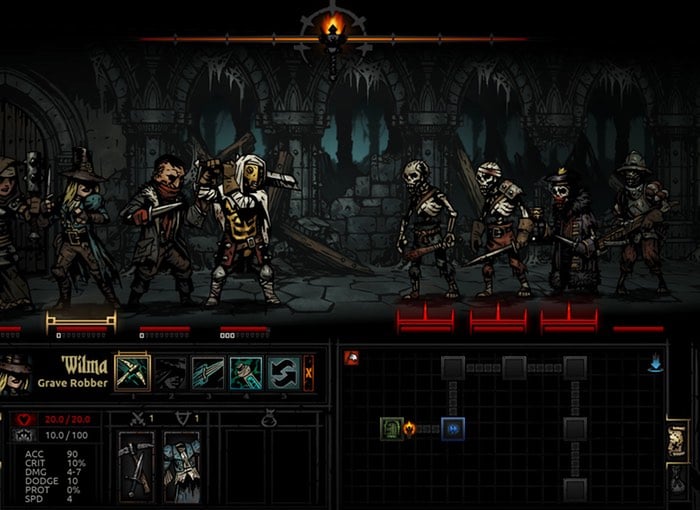 Gamers who have been patiently waiting for the launch of the new Darkest Dungeon game will be pleased to know that it is launching on PC today January 19th and its developers have released a new launch trailer to mark the occasion.

Darkest Dungeon the unique and innovative take on dungeon exploring provides players with a challenging gothic turn-based role playing game, that concentrates on the psychological stresses of adventuring. Check out the launch trailer below to learn more.

Unfortunately no release date has yet been announced for its arrival on PlayStation 4 or PS Vita but as soon as more information is made available we will keep you updated as always. Its developers explain more bout what you can expect from the new game.

Darkest Dungeon is a challenging gothic roguelike turn-based RPG about the psychological stresses of adventuring. Recruit, train, and lead a team of flawed heroes through twisted forests, forgotten warrens, ruined crypts, and beyond. You’ll battle not only unimaginable foes, but stress, famine, disease, and the ever-encroaching dark. Uncover strange mysteries, and pit the heroes against an array of fearsome monsters with an innovative strategic turn-based combat system.

– The Affliction System – battle not only monsters, but stress! Contend with paranoia, masochism, fear, irrationality, and a host of gameplay-meaningful quirks!
– Striking hand-drawn gothic crowquill art style
– Innovative turn-based combat pits you against a host of diabolical monsters
– Narration system to celebrate your successes…and failures
– 14 (and counting!) playable hero classes, including Plague Doctor, Hellion, and even the Leper!
– Camp to heal wounds or deliver inspiring speeches.
– Rest your weary, shell-shocked characters in town at the Tavern or the Abbey to keep their stress in check.
– Classic CRPG and roguelike features, including meaningful permadeath, procedural dungeons, and incredible replay

Can you stem the tide of eldritch horrors erupting across your family’s ancestral estate? Descend at your peril!